Yes, it goes round in circles! Is there any reason for it?

Well, it does give me a feeling of great satisfaction. And you can see the back of the front cover – as it were! But apart from that, sorry no reason at all!

Pretty though, but after a while … END_OF_DOCUMENT_TOKEN_TO_BE_REPLACED

Have you, or any of your friends or family, gone Pokémon Go crazy? Are you trekking the streets and countryside hoping for strange pastel-coloured figures to pop up on your Smartphone screens? It seems that the world has woken up to ‘augmented reality’ and is getting very excited.

I won’t be getting excited.

That’s because I have been excited by the possibilities for years now! The reason being that back in 2013 I worked with a company called Apeartome Ltd (now tomee.com) on a project that didn’t involve just augmented reality, but ultra-reality! This wasn’t just cartoon figures appearing on your Smartphone, but people! And they would talk to you! 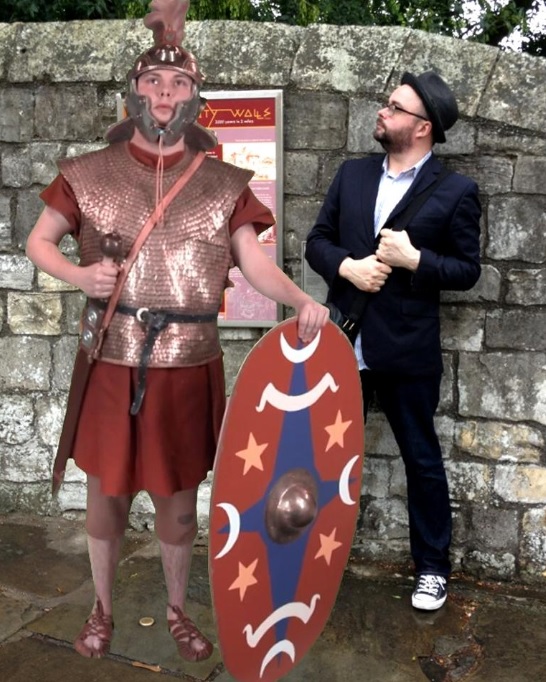 The figures in question were historic people (both actual and imagined) who would tell you something interesting about the City of York. A Roman soldier, a Victorian businessman, Guy Fawkes and Richard Plantagenet were just some of the characters that would pop up at various locations around the city to enhance the tourist experience for tourist. You could even have your photograph taken with them! 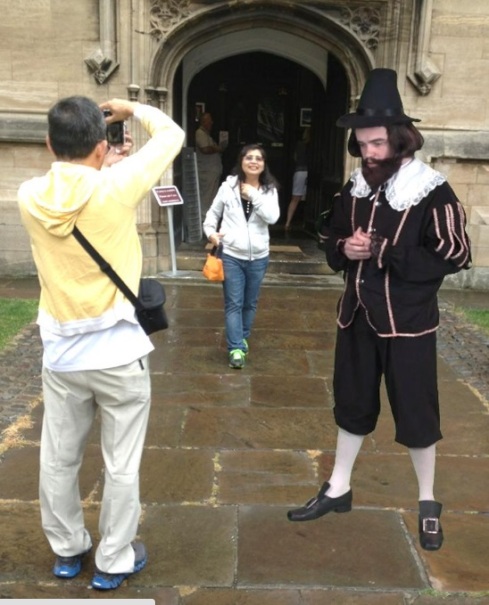 Writing the scripts for some of these was tremendous fun, I particularly enjoyed penning the home-sick legionnaire, but more exciting still was getting an insight into just how powerful the technology was and could be. As somebody who was involved in the early days of the ‘multi-media explosion’ it was fascinating to see some of the predictions coming into actuality. As a fantasy writer it’s a bit a little bit of fantasy come true!

END_OF_DOCUMENT_TOKEN_TO_BE_REPLACED

So there we are! Very informative, I’m sure you’ll agree and clearly illustrating the target audience! Just about everybody who likes a good book! END_OF_DOCUMENT_TOKEN_TO_BE_REPLACED

The full advice, before you start writing for theatre:

The Dragonette ’57 convertible steamwagon was not facing any competition:

“I collected my wagon early the next day. It’s a racing-green Dragonette ’57 convertible; the last model with the little wings and the air-trimmed front end. Daddy’s pride and joy, with marble interior finish and leather ragtop. It did my heart good just to touch her. Sceech the grease goblin had done a good job on the shoes, and I took off in a reasonable frame of mind. I had slept pretty well and though I didn’t feel like a million crowns, well at least I didn’t look like buried treasure.”

END_OF_DOCUMENT_TOKEN_TO_BE_REPLACED

We’re all hoping to give you some news very soon about the latest Nicely Strongoak adventure. It’s all written and has a great title too, which of course I can’t tell you – battle axes might have to be hefted. What I can tell you is that it’s got even more dwarf detective shenanigan’s and wisecrackery – as well as some great new suits. You’ll learn more about the Citadel and Widergard too, but nothing more about surfing and very little about house prices on the Third Level, although they are extortionate now.

So, keep your eyes and ears open for word on the sequel to the Epic Fantasy #1 Bestseller – very soon, we all promise you.

END_OF_DOCUMENT_TOKEN_TO_BE_REPLACED

Yes, Mad March err Madness! Lucky USA! ‘Detective Strongoak and the Case of the Dead Elf’ (former Kindle Epic Fantasy #1) is on esale for $1.99 until March 14th and this time B&N too and some more sellers … I think.

END_OF_DOCUMENT_TOKEN_TO_BE_REPLACED 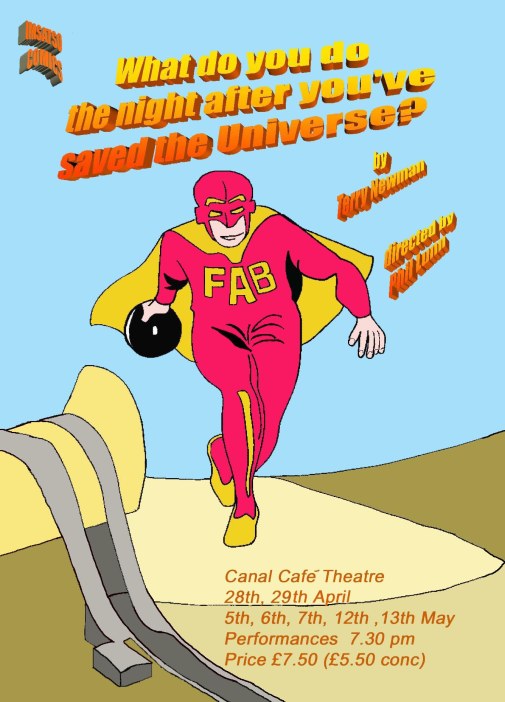 I mean, ‘What do you do on the Night After You’ve Saved the Universe’ after all. On stage we had a fab invisible C-Thru Girl, and a fab Fabman who could cool the beer with his freeze-breath. Speedo brought the pizza all the way from Italy and Minuscule Man who was so small you’d think he wasn’t there, ate a whole 24th of a slice and Lady Luck paid for it all with a lottery ticket.

They sat round and chewed the fat like you do after a hard day’s work.

And with fantasy, I love the tales of heroism naturally, but I always did wonder what happened after the Big Bad Guy went down the drain. I mean you can’t commit genocide – so all those goblins need to be integrated into society, and what would happen when somebody started the first ‘Save The Dragon’ campaign and what if somebody introduced democracy?

Shake well and leave a couple of thousand years and you might just end up with a place like Widergard, which is where Master Detective Nicely Strongoak hangs out.

END_OF_DOCUMENT_TOKEN_TO_BE_REPLACED

I never knew you could ‘fun’ – but you can, in North America at least. I think that is pretty cool. It is a verb, ‘informal, to tease or joke’, as in ‘Hey, I was only funning’. We don’t fun in that way in the UK. Not to my knowledge at least.

I think this is excellent, because let’s face it: there just isn’t enough fun around anymore. I happen to be a great fan of ‘fun’, but it seems to me that somewhere along the way ‘fun’ got a bit of a bad name. Which is a great shame.

Was it because ‘fun’ feels a little old-fashioned? Perhaps a little bit 1930s, when the ‘Radio Fun’ and ‘Film Fun’ comics first came out with their rather quaint strips? In America ‘More Fun Comics’ was rather different and saw the arrival of one of my all-time favourite characters: a deceased cop who acts as a host to the cosmic entity known as the ‘The Spectre’. A very special type of fun that last one!

Personally I think the demise of ‘fun’ has a lot to do with comedy becoming cool. Not just cool, but also dark and often based on the comedy of embarrassment or even of taking the mickey out of people via hidden cameras. Now, I’m not saying that these approaches can’t have their merits (especially when the targets of prankster comedy actually deserve it) but I wouldn’t say they were ‘fun’. And this, I feel, is a shame. Fun has a lot going for it (a friend of mine is very big on men and women wearing large papier-mâché heads), it’s light-hearted, pleasurable and enjoyable and it doesn’t take itself too seriously. Is it controversial to say that too much comedy takes itself too seriously these days? Again ‘serious comedy’ has its place, especially when dealing with serious issues like politics, but it does not have to be a forum for exposing your own neurosis. Which is not to say you can’t be serious about ‘doing’ it.

I’m serious about my comedy writing, especially Master Detective Nicely Strongoak, which is why I was so delighted to have reviews recently that described A DEAD ELF thus: ‘Witty and fun!’ ‘Super fun read’ and ‘Fun read’. Brilliant, as this book was meant to be fun!