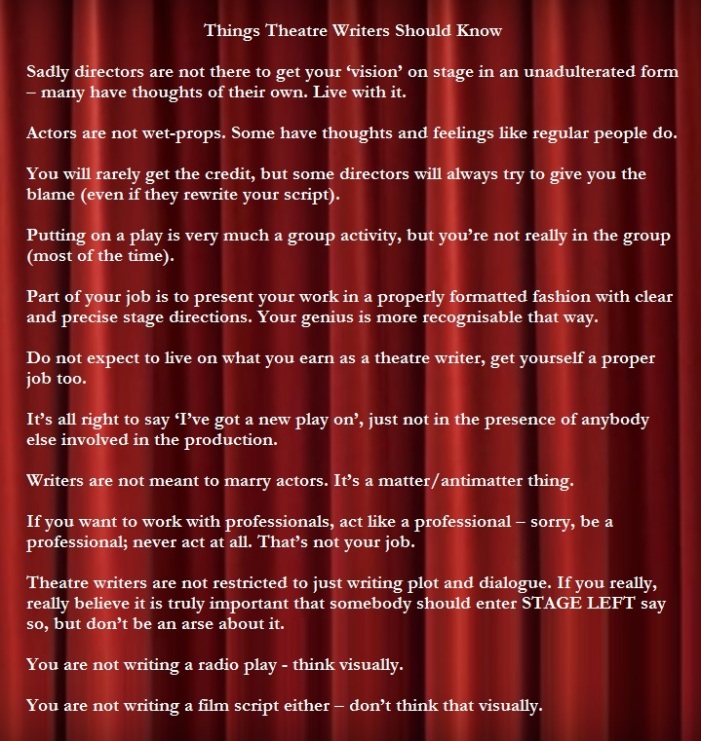 The full advice, before you start writing for theatre: