OK – it was pointed out to me that I may be a little bit more interesting than I made out the other week.

Yes, I did go to Andrew Lord Weber’s ‘The Other Palace’ for a social networking evening and Lord Andrew was there and I did wave, but he missed me I think. Great contacts though.

And (unconnected) I had a great day in the studio going through songs for a fantastic (other) musical that sounded great on the studio speakers with a full(ish) orchestra. Worked on a new song on the way home too.

And this is a photograph of me being interviewed for my first big screen appearance – talking about football. Uh huh, that’s right. 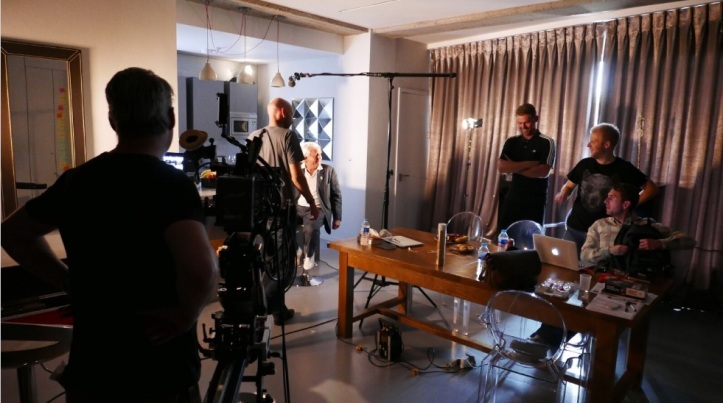 And this is a link to a very interesting animation I wrote for the film and another to a great game I am involved with (oh and I just finished a great classic SF shoot-the-aliens game).

However, honestly, I don’t feel very interesting – well, not like 20 years ago when I captured an excytosing heart secretory granule using a helium-cooled copper block.

Now that was really interesting!