So, how do you know if you are funny?

Write a joke and tell it down the pub and people will laugh (or not). Stand in front of an audience and tell it and you’ll know pretty quickly if it, and you, were any good. Write a joke for the radio and you might get feedback in days, for television it’ll probably be months.

Write a funny book and hopefully you’ll get some indication of how well you have done before the decade is out.

And that’s setting out to be deliberately funny, what if you are writing a book, say a fantasy, and want to include humour in it? How do you measure success then? Why not make it even harder, and make it a detective fantasy comedy, for example?

Is this simply doomed to be an exercise in multiple stool missing?

I’ve lectured on comedy (somebody has to – maybe?) and author Elwin White’s line, “Explaining a joke is like dissecting a frog. You understand it better but the frog dies in the process” always springs to mind. But then again I’ve also taught dissection and found humour there as well. In fact one of my best jokes ever involved the human connective tissue component fibrillin and how it… well, you had to be there, believe me.

I could be cynical and say that most things sell better nowadays when they have some comedy in them. Not ‘erotic romance’ obviously – start laughing at that and everything falls down (see what he did there?). I could possibly add that comedy is pretty cool at the moment and comedy nerds, even comedy nerds playing in the fantasy sand pit, are no longer first in the stocks being pummelled with the rotten fruit. I could even take a deep breath and explain that maybe it’s interesting to throw some light on the tropes we all love, and play around with them in a manner that could almost be called ‘intertextual’ – but I probably won’t.

So is it even possible to explain anything about the comedy writing process?

Well, when I did the aforementioned lecturing I used to occasionally do my party trick and give the students a newspaper, let them pick any page and story, and I’d write a comedy sketch about it for them. Nobody ever argued about my capability, I could produce a bona-fide comedy sketch on any subject. Of course, I got the occasional, ‘it’s not that funny, is it?’ This might well have been true, but it was always a sketch, with a set up, a pay off and jokes along the way. That bit can be taught.

For the next stage, as I went on to explain, raising it up to the level of the great comedy sketches … well remember Malcolm Gladwell calculated that it only takes ten thousand hours of practice to achieve mastery in any field. That’s about a year, working 24 hours day of course. Either that or be Tommy Cooper, born with genuine funny bones … and still undoubtedly put in the thousands of hours as well.

The first question to ask yourself about writing genre comedy is this, actually it’s the second question after ‘can my bank account afford for me to do this?’ and this second question is this: ‘what sort of funny’ are we writing here?

Let us make a distinction. A proper comedy, I would argue, really shouldn’t be obliged to do anything else other than make you laugh. That is the object of a comedy, be it a film, TV show or a book. Such pure comedy is rare. In film we’re more likely to be talking about a romantic comedy, or a teen comedy, or an Adam Sandler comedy. Such qualifications really move the pointer on the funny scale from ‘comedy’ to ‘humour’, nothing wrong with that of course, it just means that the writer has other intentions for their work as well. They probably want to move your emotions, relate to your peer group or just twitch your lips a bit. Which brings us to satire. Satire does not actually have to be funny. It can actually be quite cruel, as its intention is to prick pomposity and bring down governments. That’s its job. Fortunately funny is usually not off the table as well.

In many cases the author is exploring another subject alongside getting a chuckle and doing it – hopefully – by injecting humour as well. And this is the case with genre comedy, it should be firmly rooted in the genre and thus be aware of genre conventions. If you want to write straight comedy then do that, it’s both easier and harder at the same time; very much like the electron wave/particle duality. 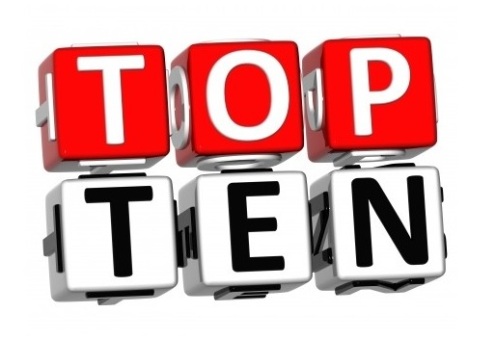 (1) You have to know, and love, your genre.
I love and read fantasy and science fiction books. I love and read detective books. Nothing is going to spoil my enjoyment of them. Discovering a new author and a new world is a thing of wonder. Remember that love.

(2) Never ever laugh at your reader.
You are not writing to have fun at their expense. They are the same as you are; they’re better even, as they don’t feel the need to show off like you obviously do. It’s a sharing thing, laughing at ourselves and not really meaning it (as was said about me once, far too perceptively).

(3) Do not neglect your story.
You owe it to your reader to give them a story as well as laughs. It’s having fun with the genre, but detective fiction requires a crime and somebody to sort it all out.

(4) Real characters are the funniest.
If you invent a character simply for a single gag then it’ll probably show – so at least make it a good one! Readers will still prefer to find fully rounded people making idiots of themselves, even if they have pointy ears, a chronic UV fear or are dead.

(5) If you’re not laughing, then how can you expect your readers to?
I laugh at my own jokes. One of the best feelings in the world is when a line comes to you as you are writing, so you experience the pay off as it appears on the page; fully formed and gorgeous. It is not a sign of excessive self-abusive.

(6) Jokes are not evil.
It does not always have to be about amazing insights and clever juxtapositions of events and characters. A good joke or a clever line helps as well, mind you they are probably a lot harder to come up with. Jokes are hard, new jokes even harder still.

(7) When in doubt go back to your sources.
There is so much great stuff out there, read it and become soaked in it. Absorb it through your pores if possible. Then construct something that works on its own terms and integrate all your influences.

(8) Find your hero.
Your audience want to empathise with your main character, sympathise with them, or even antipathise (maybe not be a real word, should be) with them. Make your hero somebody they want to spend time with, but they do not have to be a protagonist. By that I mean they do not have to be changed by events (much). Leave that for the films.

(9) Stay true to your intentions.
Do not slip into parody or pastiche, unless that’s your real intention – in which case you could actually be stepping out of your intended genre. They are rather different beasts, equally pertinent in their own way, but can be rather ephemeral and best explored within the pages of the marvellous Mad Magazine or even in sketch comedy. Is ‘Bored of the Rings’ an actual fantasy novel?

(10) Have some fun.
Fun is good. Fun is infectious. Your reader will be able to tell if you are having fun writing and it will encourage them to have some as well.

You also have to bear in mind that we are living in a world where many literary types still look down on much ‘genre fiction’. Bless their shrivelled souls and callused imaginations. There are sadly also some genre enthusiasts who worry about the purity of their favourite form and worry about comedy creeping in. If you have they urge to write genre comedy, ignore them all, and the rest of us will be having a titter, chuckle, giggle and guffaw along with you.

I will leave you with the words of the fabulous actor Bill Nighy, a face for genre comedy if they ever made one:

“I don’t do plays without jokes anymore. I’ve retired from those plays. I think it’s bad manners to invite people to sit in the dark for two and a half-hours and not tell them a joke.”